This book club typically meets the third Wednesday of each month to talk books, socialize, and kick back with a cold one.  Meetings take place at Bearded Lamb Brewing Co., 149 West Liberty, in the heart of Plymouth’s Old Village.

Books for the current month’s selection may be obtained from the Reader’s Advisory desk on the main level of the Library. New members are always welcome!

To receive email updates on this group, please register through our events calendar. 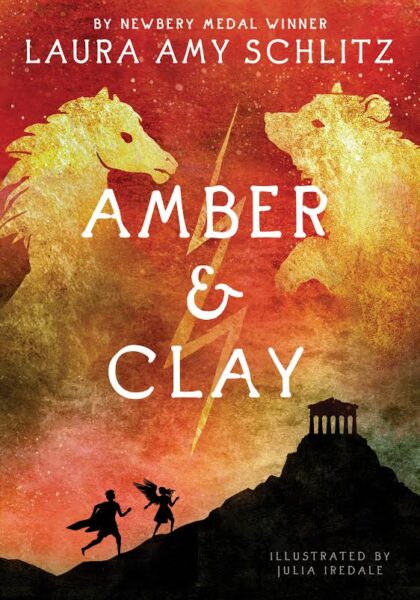 Register for the May 18 discussion here.

Welcome to ancient Greece as only genius storyteller Laura Amy Schlitz can conjure it. In a warlike land of wind and sunlight, “ringed by a restless sea,” live Rhaskos and Melisto, spiritual twins with little in common beyond the violent and mysterious forces that dictate their lives. A Thracian slave in a Greek household, Rhaskos is as common as clay, a stable boy worth less than a donkey, much less a horse. Wrenched from his mother at a tender age, he nurtures in secret, aided by Socrates, his passions for art and philosophy. Melisto is a spoiled aristocrat, a girl as precious as amber but willful and wild. She’ll marry and be tamed—the curse of all highborn girls—but risk her life for a season first to serve Artemis, goddess of the hunt.

Bound by destiny, Melisto and Rhaskos—Amber and Clay—never meet in the flesh. By the time they do, one of them is a ghost. But the thin line between life and death is just one boundary their unlikely friendship crosses. It takes an army of snarky gods and fearsome goddesses, slaves and masters, mothers and philosophers to help shape their story into a gorgeously distilled, symphonic tour de force.

Blending verse, prose, and illustrated archaeological “artifacts,” this is a tale that vividly transcends time, an indelible reminder of the power of language to illuminate the over- and underworlds of human history. 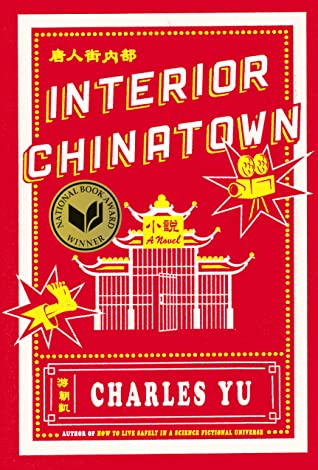 Register for the June 15 discussion here.

Willis Wu doesn’t perceive himself as a protagonist even in his own life: he’s merely Generic Asian Man. Every day, he leaves his tiny room in a Chinatown SRO and enters the Golden Palace restaurant, where Black and White, a procedural cop show, is in perpetual production. He’s a bit player here too. . . but he dreams of being Kung Fu Guy—the highest aspiration he can imagine for a Chinatown denizen. Or is it?

After stumbling into the spotlight, Willis finds himself launched into a wider world than he’s ever known, discovering not only the secret history of Chinatown, but the buried legacy of his own family, and what that means for him, in today’s America.

Playful but heartfelt, a send-up of Hollywood tropes and Asian stereotypes—Interior Chinatown is Charles Yu’s most moving, daring, and masterful novel yet. 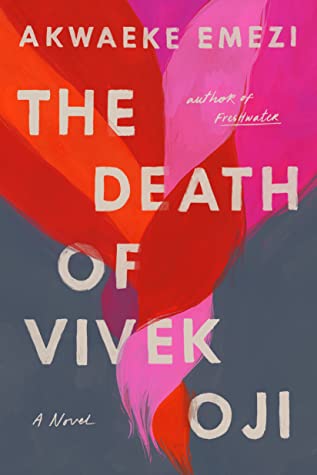 Register for the July 20 discussion here.

Raised by a distant father and an understanding but overprotective mother, Vivek suffers disorienting blackouts, moments of disconnection between self and surroundings. As adolescence gives way to adulthood, Vivek finds solace in friendships with the warm, boisterous daughters of the Nigerwives, foreign-born women married to Nigerian men. But Vivek’s closest bond is with Osita, the worldly, high-spirited cousin whose teasing confidence masks a guarded private life. As their relationship deepens—and Osita struggles to understand Vivek’s escalating crisis—the mystery gives way to a heart-stopping act of violence in a moment of exhilarating freedom.

Previous Books Discussed
2022
The Only Good Indians by Stephen Graham Jones
The Golem and the Jinni by Helene Wecker
Smoke Gets In Your Eyes & Other Lessons from the Crematory by Caitlin Doughty
Good Talk: A memoir in conversations by Mira Jacob

2021
Haymaker by Adam Schuitema
The Daughters of Ys by M. T. Anderson
We Ride Upon Sticks by Quan Barry
The Power by Naomi Alderman
Fear and Loathing in Las Vegas by Hunter S. Thompson
Quichotte by Salman Rushdie
Alice isn’t Dead by Joseph Fink
Graveyard Book by Neil Gaiman
The Monsters We Make By Kali White
Horns by Joe Hill
The Dutch House by Ann Patchet
Why We Swim by Bonnie Tsui

2018
The Shadow of the Wind by Carlos Ruiz Zafon
Kitchen Confidential by Anthony Bourdain – available via Interlibrary Loan
The Call of Cthulhu and other weird stories by H.P. Lovecraft
The Round House by Louise Erdrich
The Heart is a Lonely Hunter by Carson McCullers
Orfeo by Richard Powers
The Windup Girl by Paolo Bacigalupi
Sense and Sensibility by Jane Austen
Annihilation by Jeff Vandermeer
The Art of Fielding by Chad Harbach
Underground Railroad by Colson Whitehead
Lab Girl by Hope Jahren

2017
If On a Winter’s Night a Traveler by Italo Calvino
The Accursed by Joyce Carol Oates
On Beauty by Zadie Smith
Moo by Jane Smiley
Libra by Don Delillo
The Man in the High Castle by Philip K. Dick
Citizen: An American Lyric by Claudia Rankine
The Blind Assassin by Margaret Atwood
Love, Dishonor, Marry, Die, Cherish, Perish by David Rakoff
Ready Player One by Ernest Cline
Fates and Furies by Lauren Groff
I Wear The Black Hat by Chuck Klosterman

2016
The Enchanted by Rene Denfeld
The Magicians by Lev Grossman
The Narrow Road to the Deep North by Richard Flanagan
Station Eleven by Emily St. John Mandel
A Thousand Years of Good Prayers by Yiyun Li
Train Dreams by Denis Johnson
Humboldt’s Gift by Saul Bellow
The Book Thief by Markus Zusak
Year of Wonders by Geraldine Brooks
Heart of Darkness by Joseph Conrad
A Game of Thrones by George R. R. Martin

2015
Once Upon a River by Bonnie Jo Campbell
White is for Witching by Helen Oyeyemi
Orphan Master’s Son by Adam Johnson
May We Be Forgiven by A.M. Homes
Hope: A Tragedy by Shalom Auslander
How To Be Both by Ali Smith
A Tale for the Time Being by Ruth Ozeki
Invisible Monsters by Chuck Palahniuk
The Princess Bride by William Goldman
The Sparrow by Maria Doria Russell
Americanah by Chimamanda Ngozi Adichie
Tenth of December by George Saunders

2014
Me Before You by Jojo Moyes
City of Thieves by David Benioff
Hunger by Knut Hamsun
A Good Man Is Hard to Find, and other stories by Flannery O’Connor
The Good Lord Bird by James McBride
American Gods by Neil Gaiman
The Contortionist’s Handbook by Craig Clevenger
An Untamed State by Roxane Gay
Housekeeping by Marilynne Robinson

2013
The Fault in Our Stars by John Green
Asterios Polyp by David Mazzucchelli
The Wind-Up Bird Chronicle: A Novel by Haruki Murakami
Assassination Vacation by Sarah Vowell
Perfume: The Story of a Murder by Patrick Suskind

2012
A Night of Serious Drinking by René Daumal
The Master and Margarita by Mikhail Bulgakov
How Should A Person Be? by Sheila Heti
Goodbye Columbus and Five Short Stories by Philip Roth
What is the What by Dave Eggers
A Confederacy of Dunces by John Kennedy Toole
Honored Guest: Stories by Joy Williams